This is the car where it all began for me and Schwa MotorSports. This was the first car I bought back in 2006 when my first Fiero was totaled. It was a base model Fiero coupe with the 3 speed automatic and the 4 cylinder engine with the only options being air conditioning and TTops: 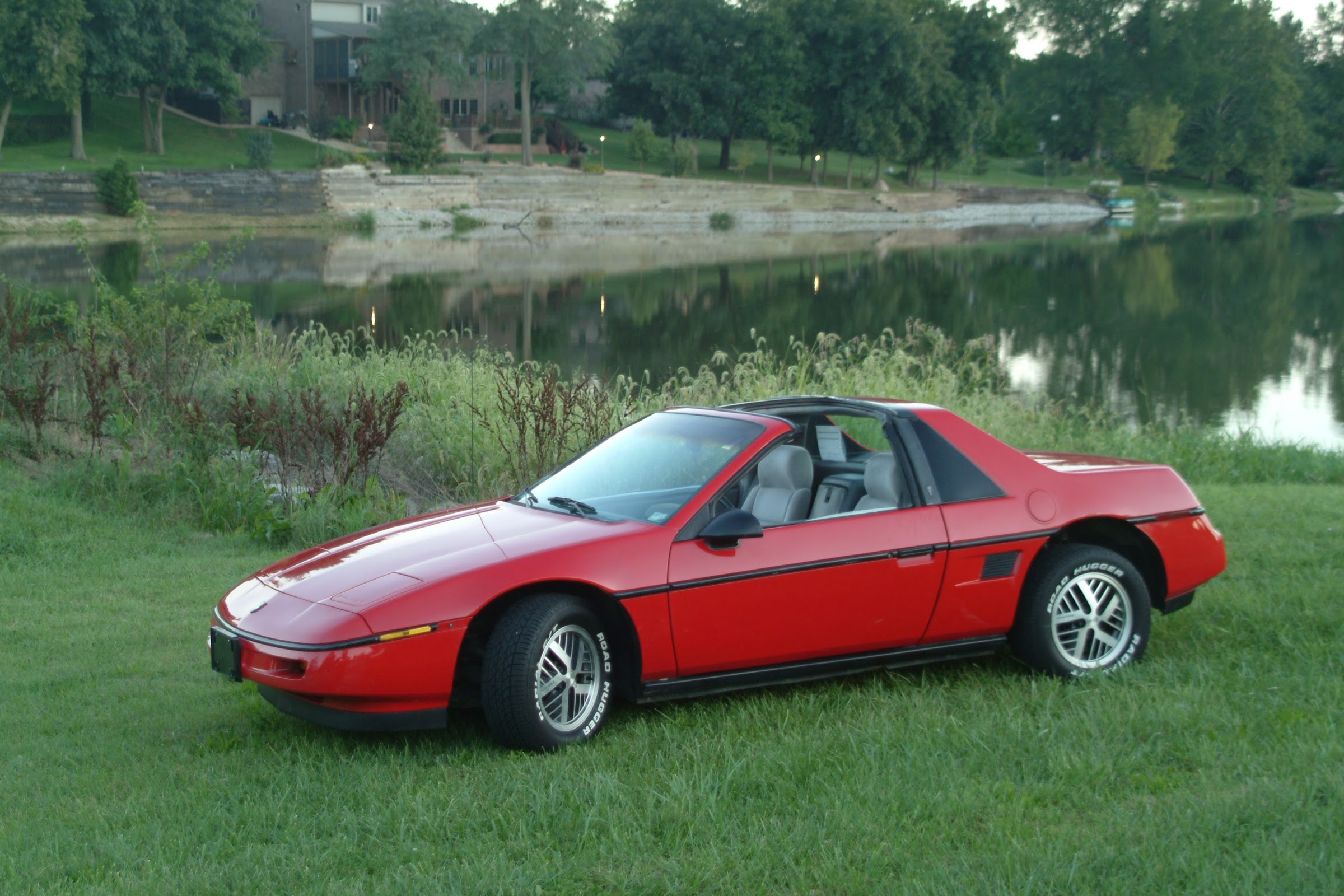 All was well and good with the car but it didn't last by the summer of 2007 the car had developed a small coolant leak from the water pump and it was decided; engine swap time! Like most people in the Fiero world the 3800sc was the go to motor. While the car was apart I wanted the car to have the late coupe body style but with the fastback of the GT's so parts were found and installed while the car in the garage. The motor was installed with the GTP's 4t65eHD transmission: 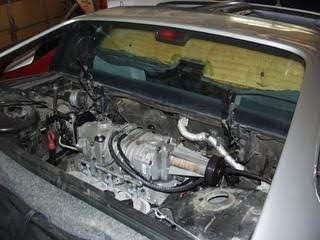 The car also got a new set of wheels and tires: 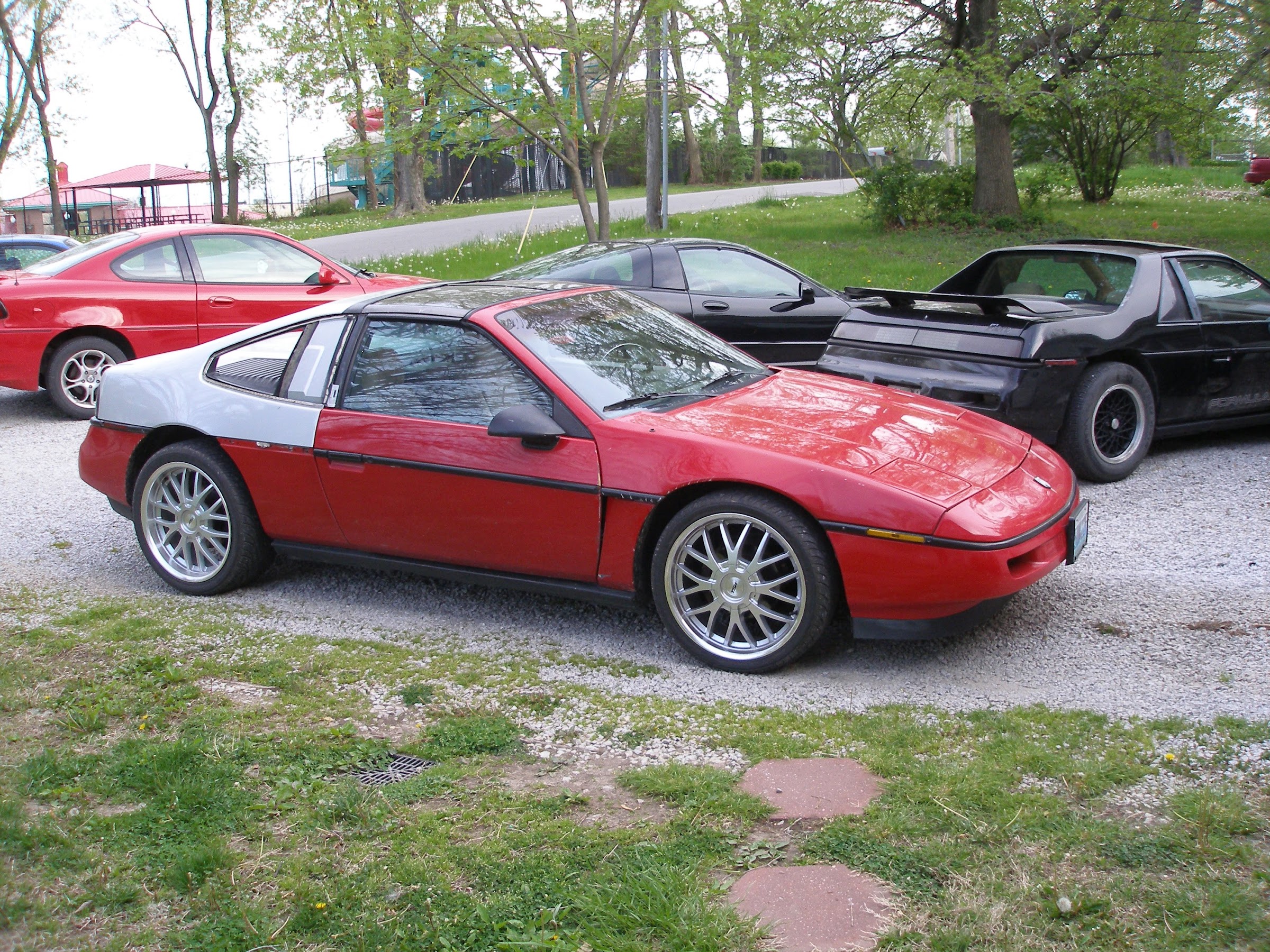 The drivetrain stayed in the car for a few years riddled with issues, forcing me to learn quickly. A solenoid failure in the transmission required a pull of the engine, installing a set of headers required an engine pull, and the last pull for the engine after year of false knock was to get rid of the automatic transmission and convert the car to finally having 3 pedals. Sadly it didn't go smoothly, an engine pull and many weeks later the secondhand flywheel ended up being balanced for the wrong series 3800sc. Finally the car was able to be driven and wasn't cutting power for false reasons!

The car started to treat me well, so naturally I had to changed it. I found a set of wheels I felt was perfect for the fiero: 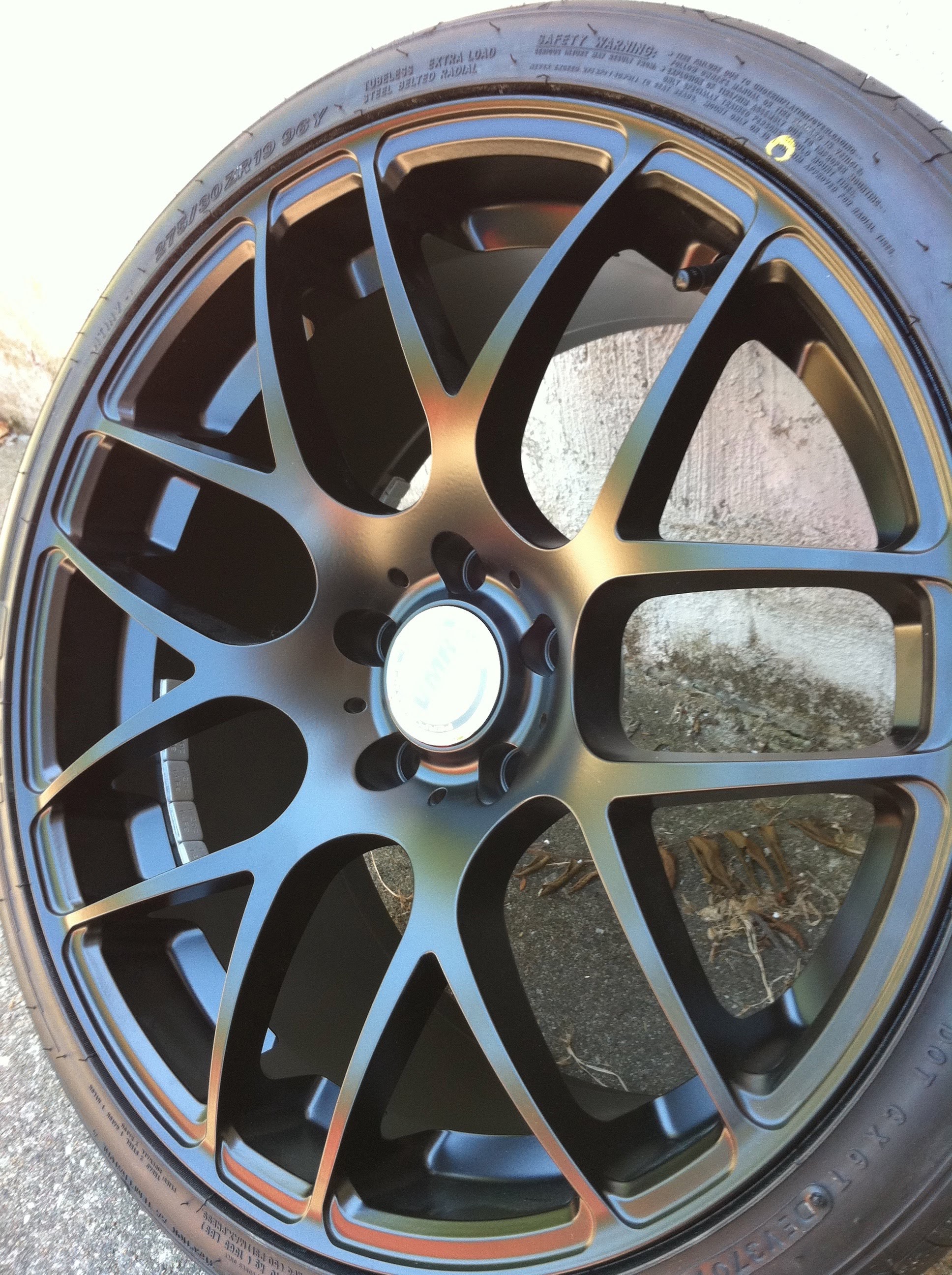 Sadly they weren't offered in Fiero bolt pattern. To get past this custom hubs were ordered, which of course had to be modified right away to fit the custom hubs to the front knuckles: 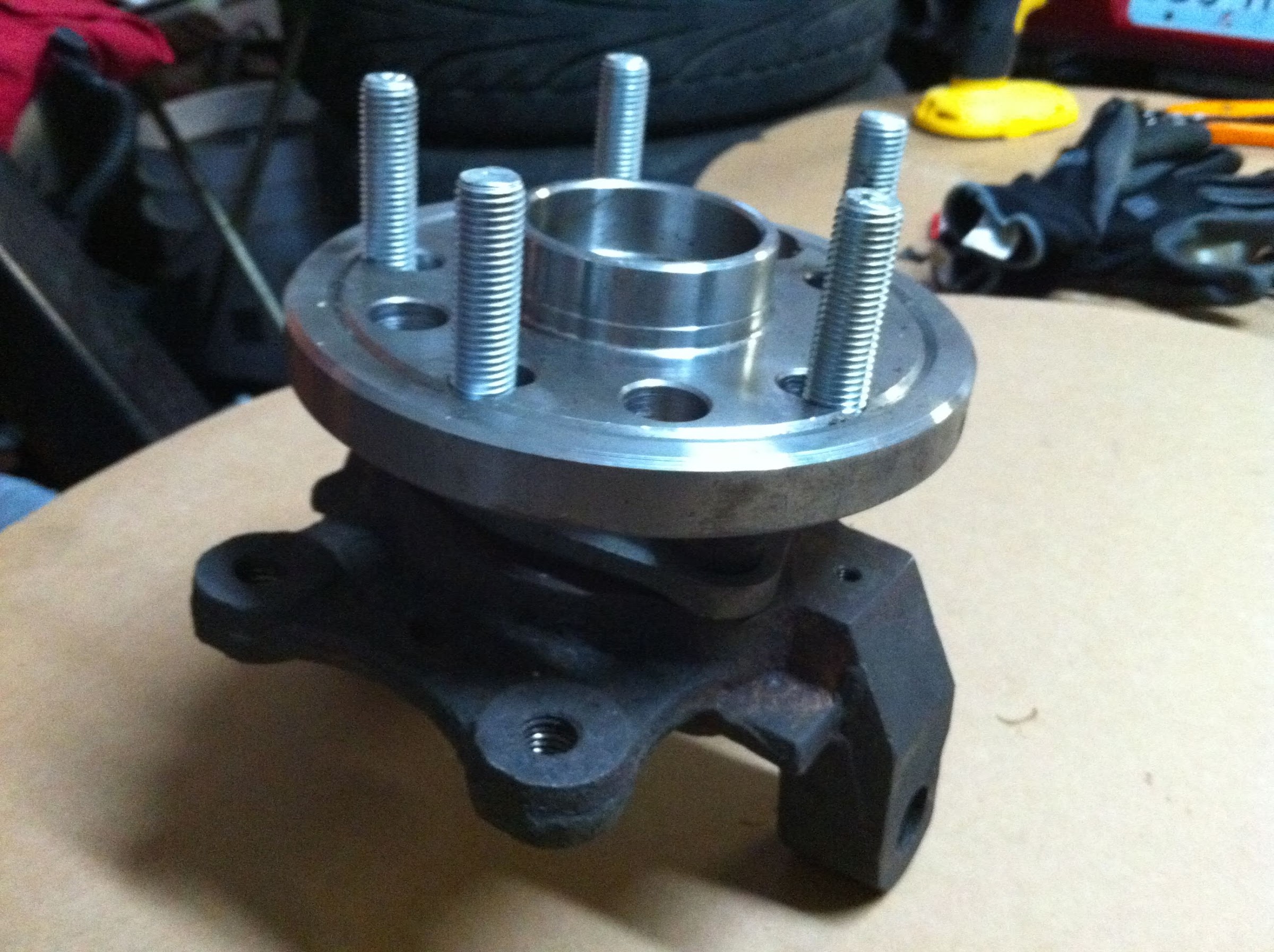 As expected with this car there were more problems, the new hubs are offset out farther than the stock hubs by 7mm. While this doesn't cause much problems the adapters for the larger brake rotors were only 10mm thick and a 3mm bracket isn't quite strong enough for holding a brake caliper when in use. This forced my first venture into CNC machining. Having a background in CADD I quickly went to measuring and drafting and was able to make new brackets that tucked under the rotor and went from the opposite side of the knuckles to give the strength that was needed:

All put together I had a new 5x112mm bolt pattern and 12" corvette rotors with calipers offset to the right diameter to take advantage of them: 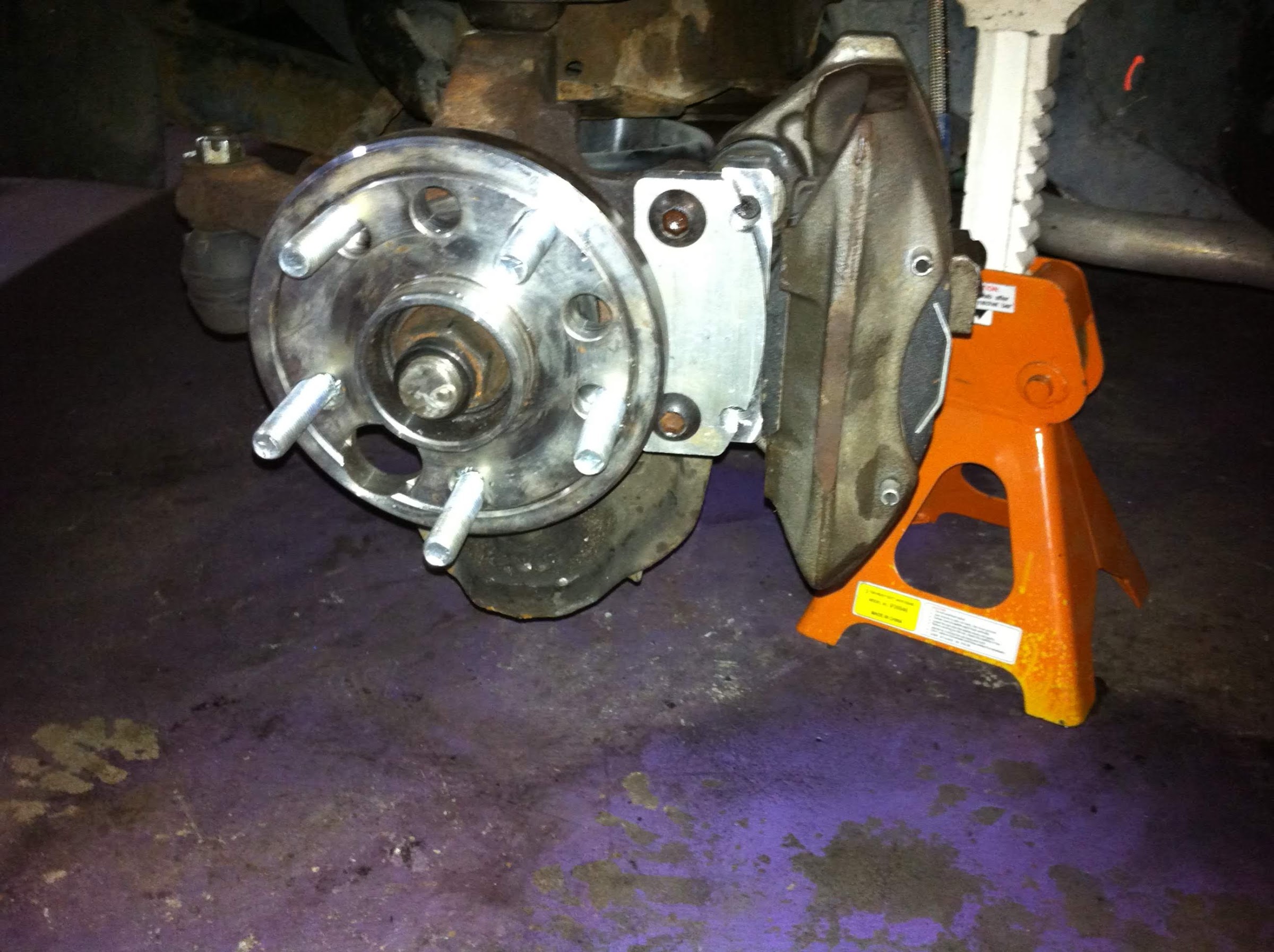 That night the wheels were fitting to the car for the first time: 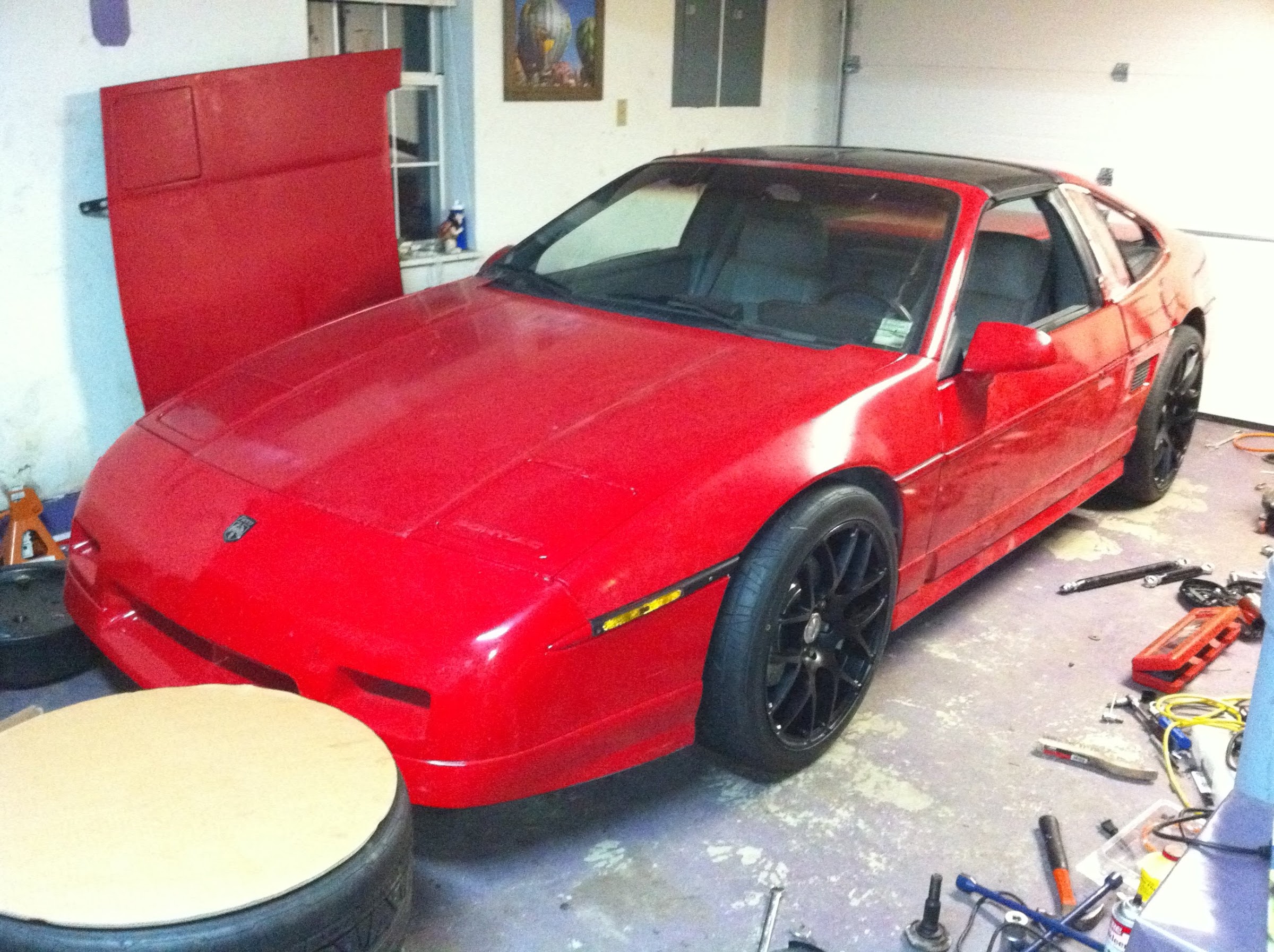 It didn't last long, within a few weeks the car was rear ended waiting at a stop light. I was the 2nd car in the row to be hit so the damage wasn't too severe: 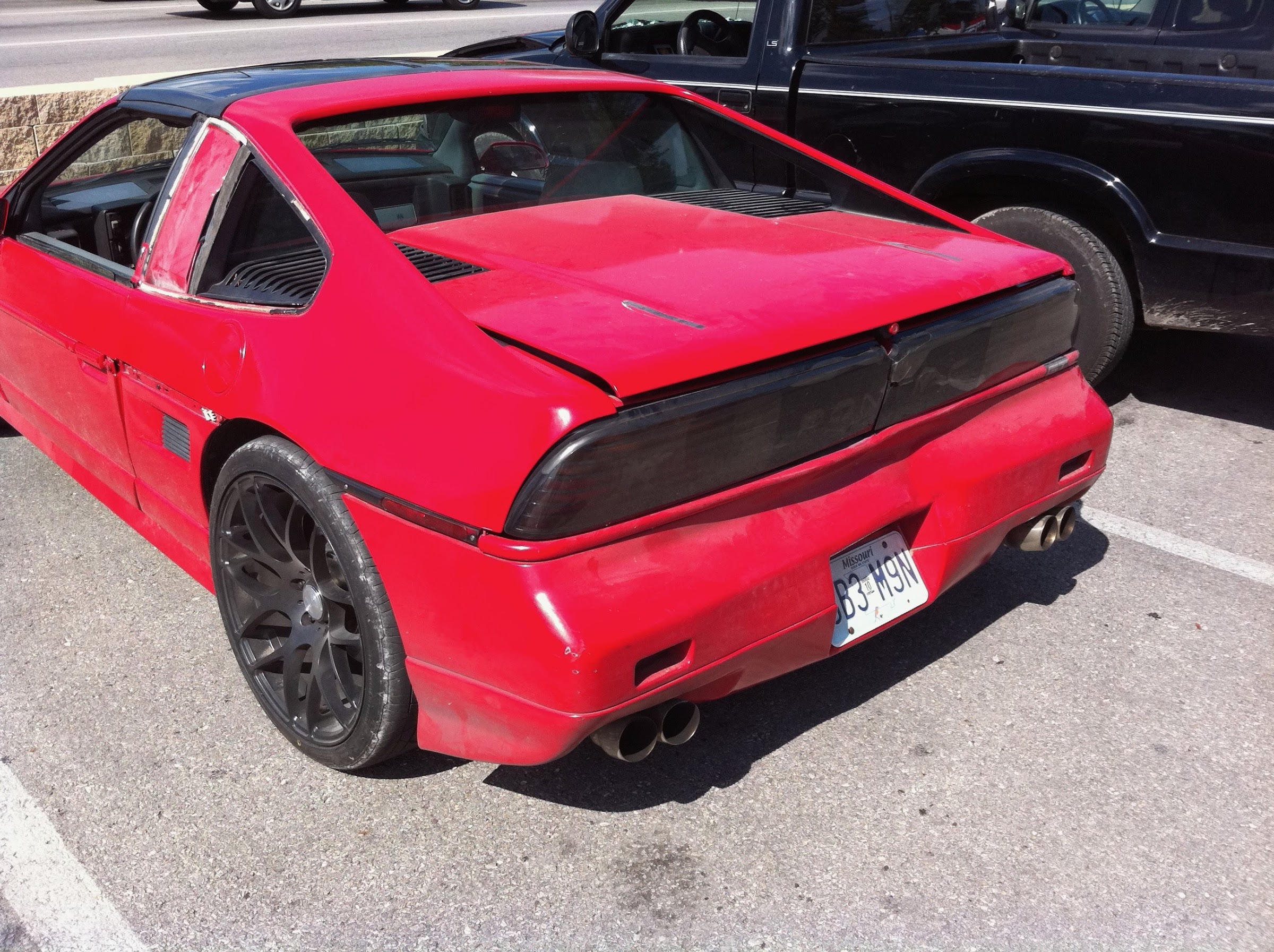 But as the Fiero community knows, cracking tail lights is a bad day. By this time I have gained a friend in the painting business and he helped me prove the car was not to be totaled from the wreck and with the repair he painted the car all one color for me. He painted it, but it turned out he didn't pull out any of the damage and left me the car to assemble myself: 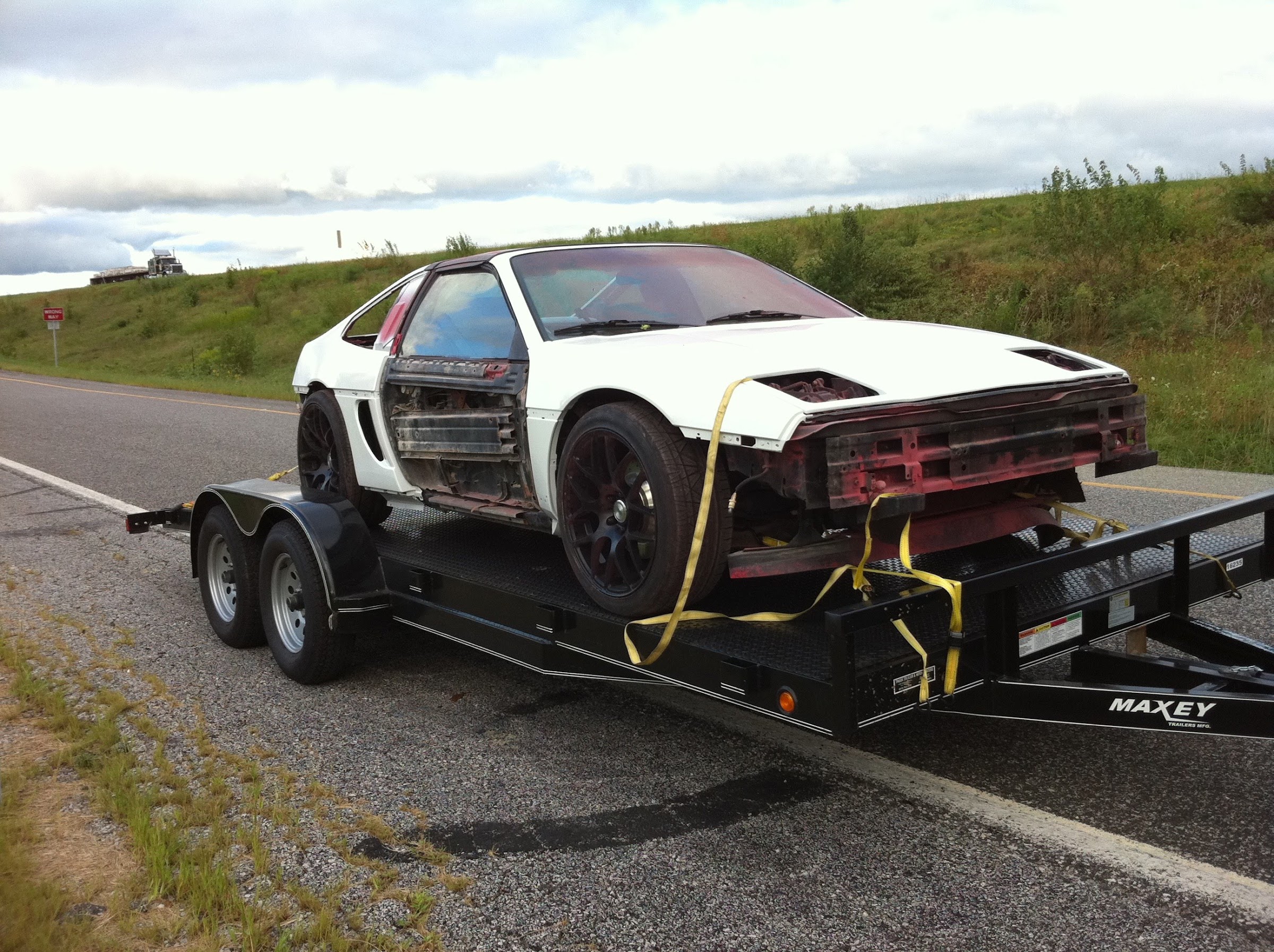 I was young and didn't care, happy to have my car back and happy to have it in a new color, which set off the wheels quite nicely: 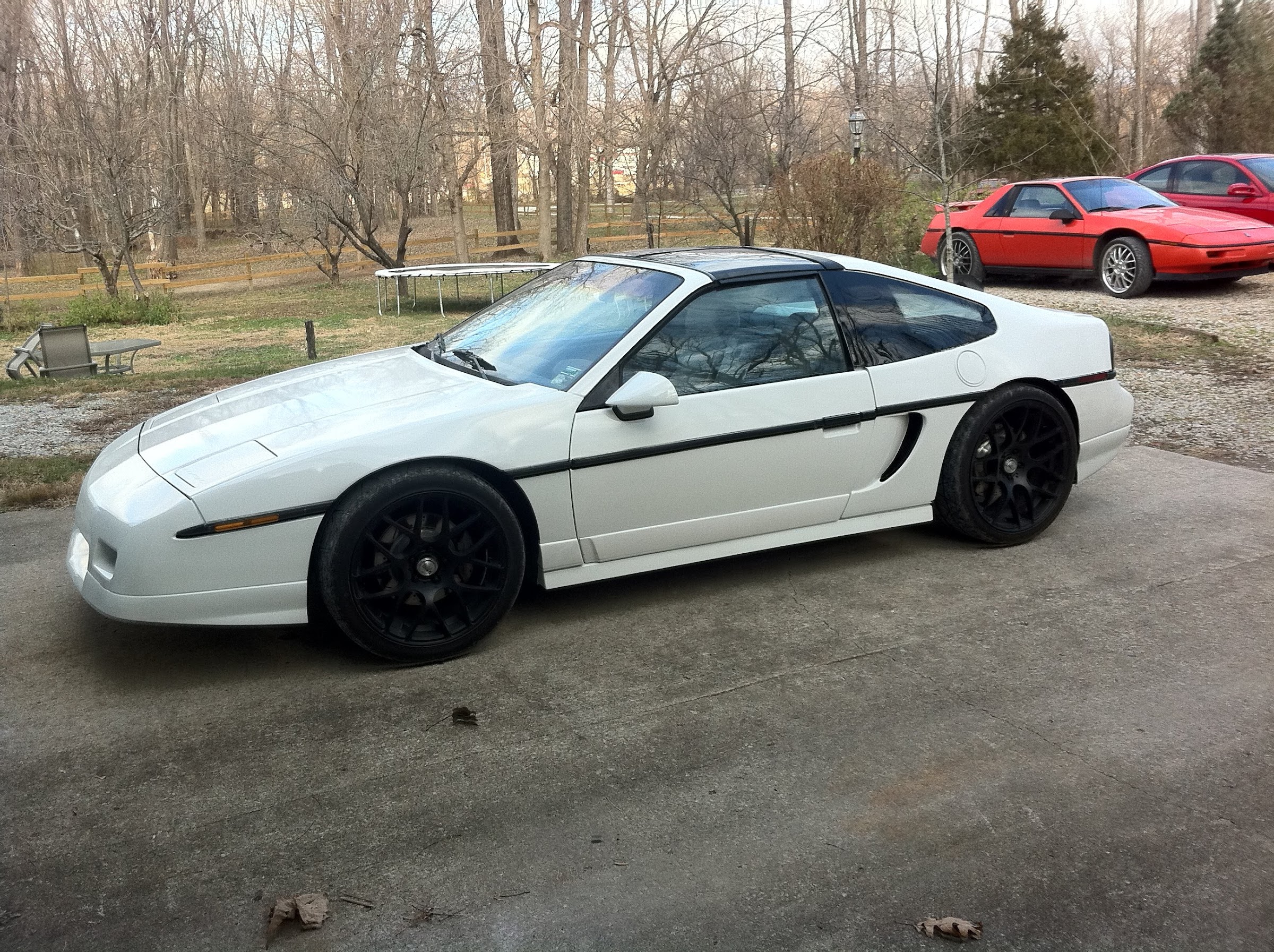 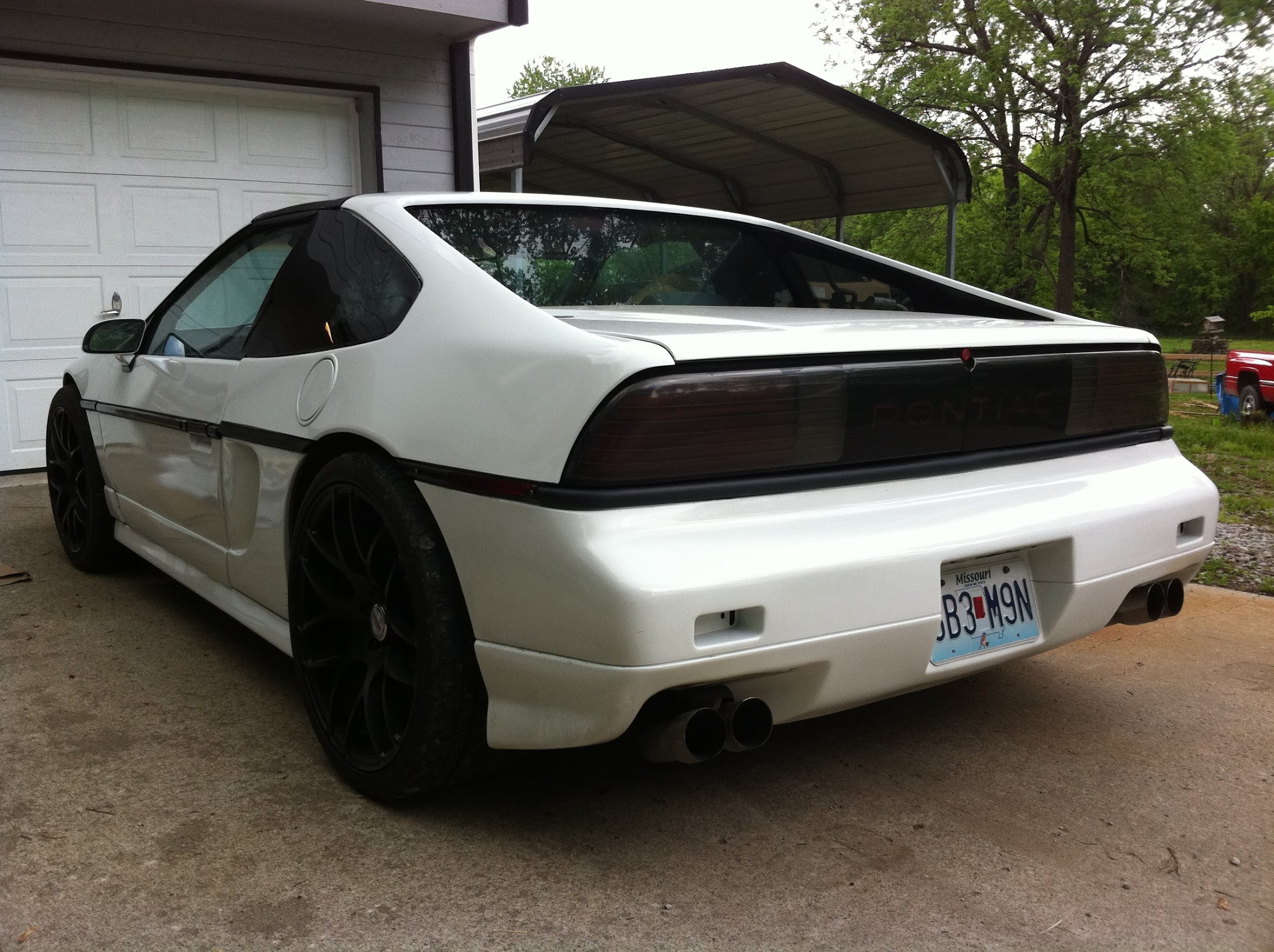 With the car back it was driven more and more, sadly my front hubs had problems, any time the car was over 60mph it shook and felt loose, I dealt with it for few more months and even tested different wheels out to see if that was my problem: 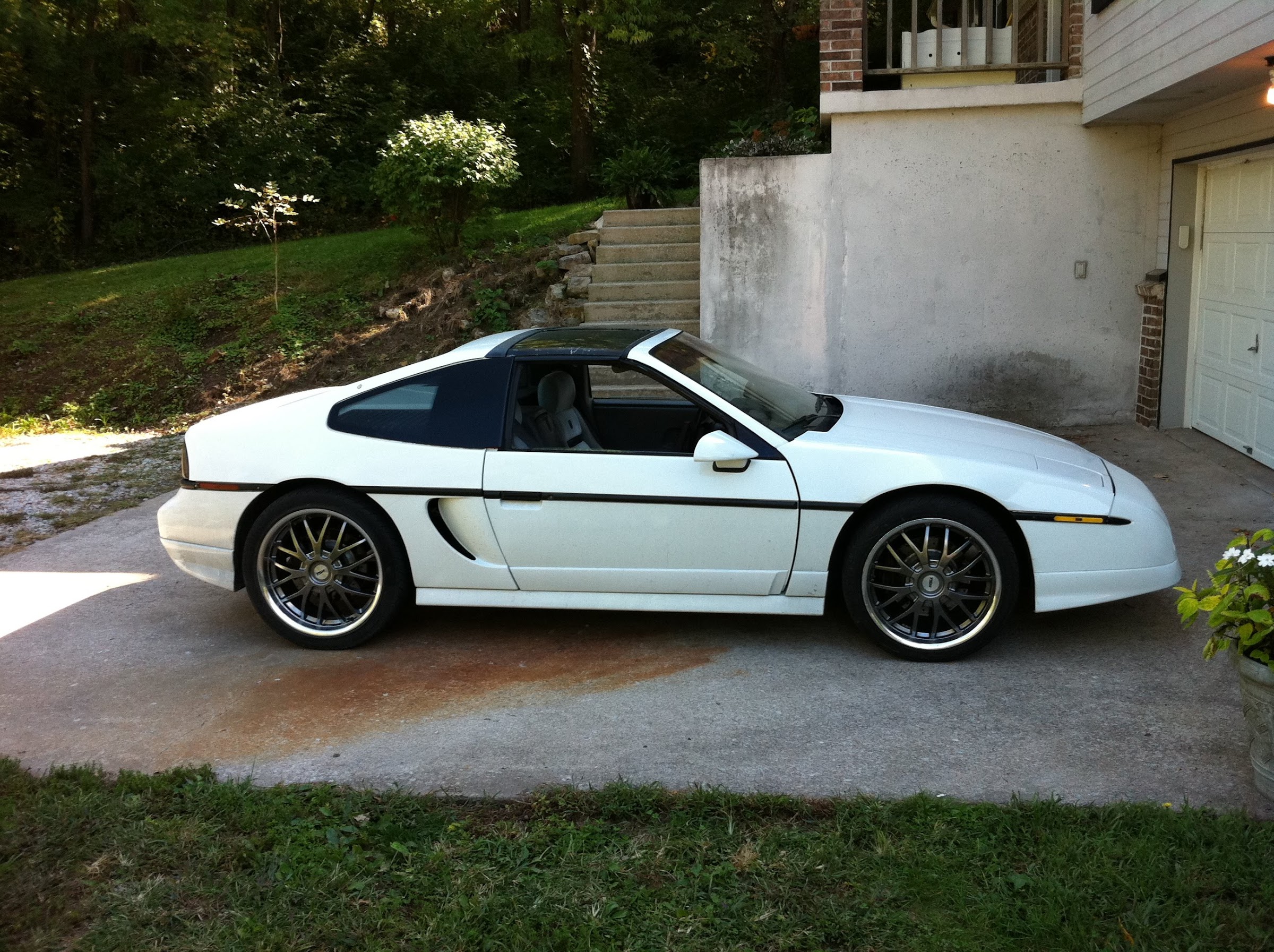 Fast forward 6 months and this is how the car sat: 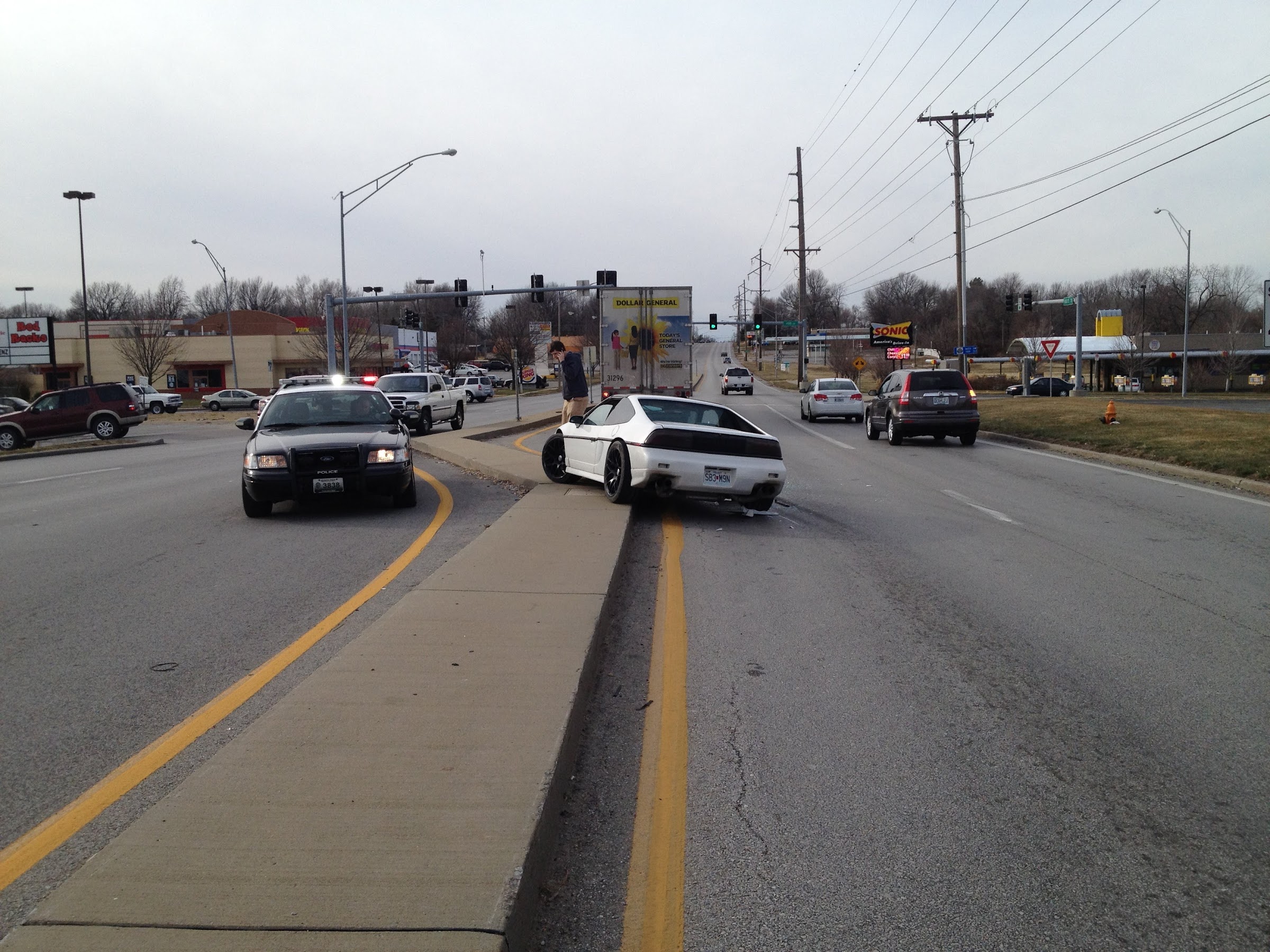 I found myself next to a semi truck driver who decided he needed to change two lanes rather quickly, without looking. The rear wheels of the semi pushed my car up on a large curb and squeezed the passenger seat pretty good: 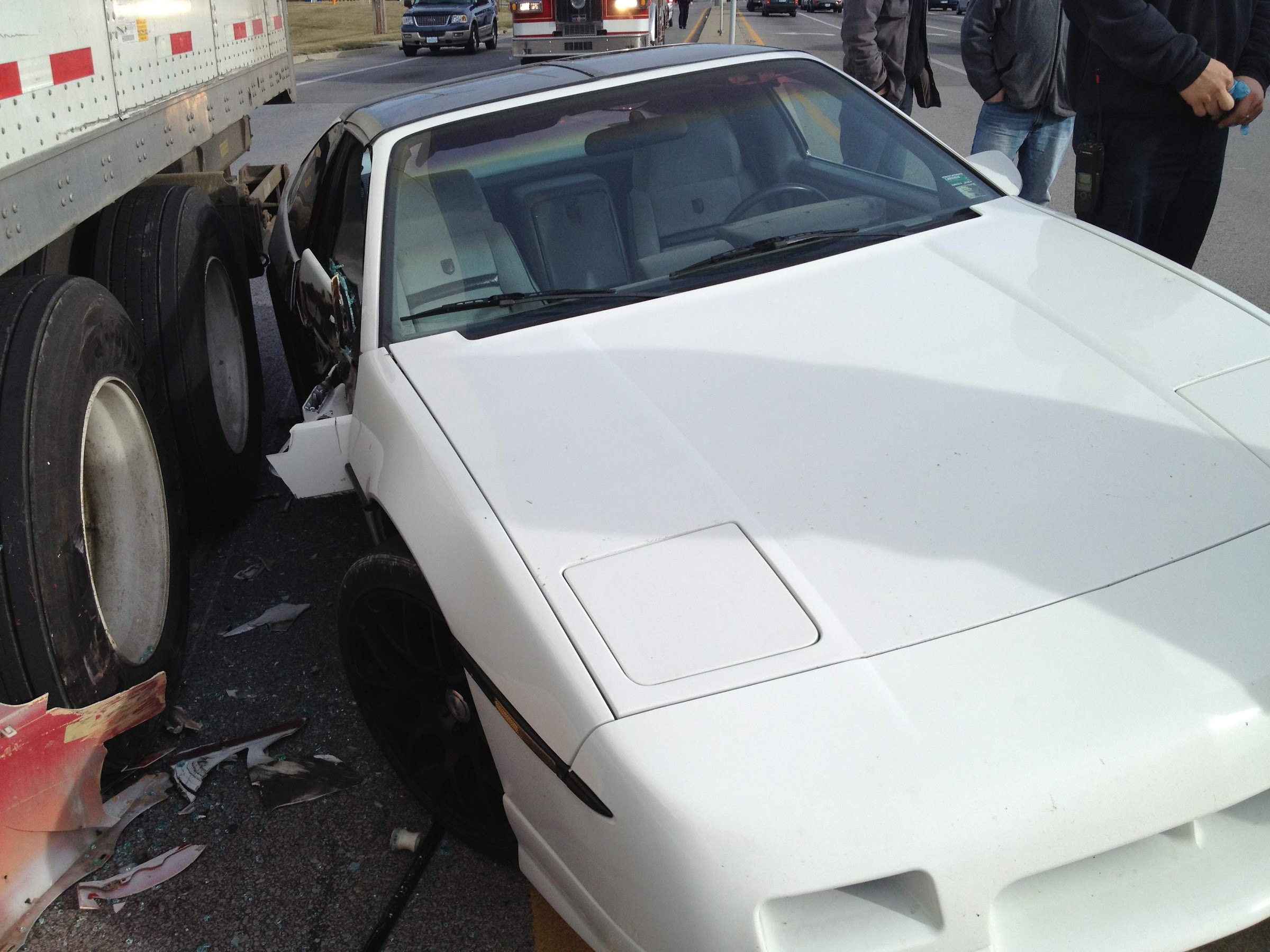 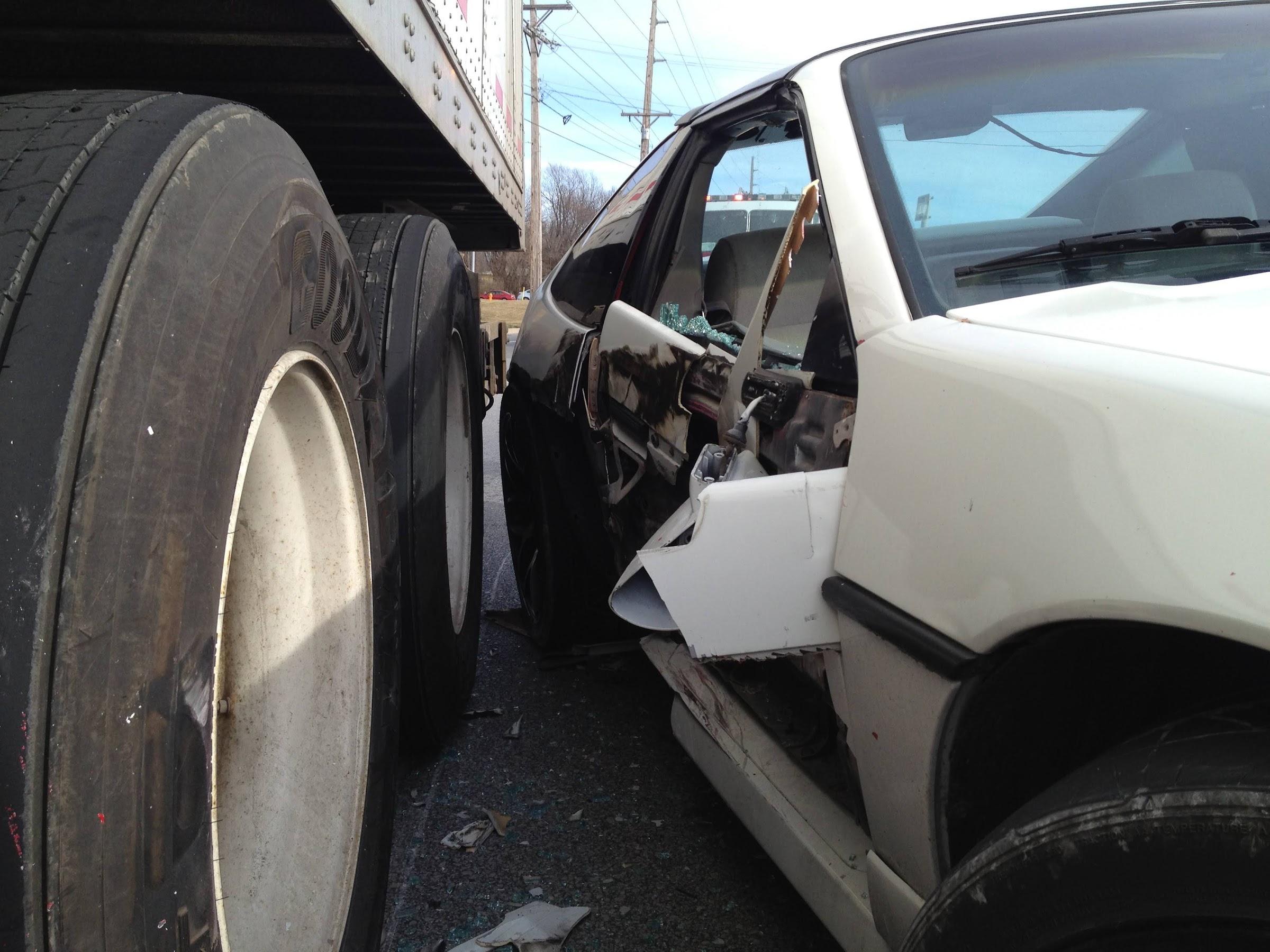 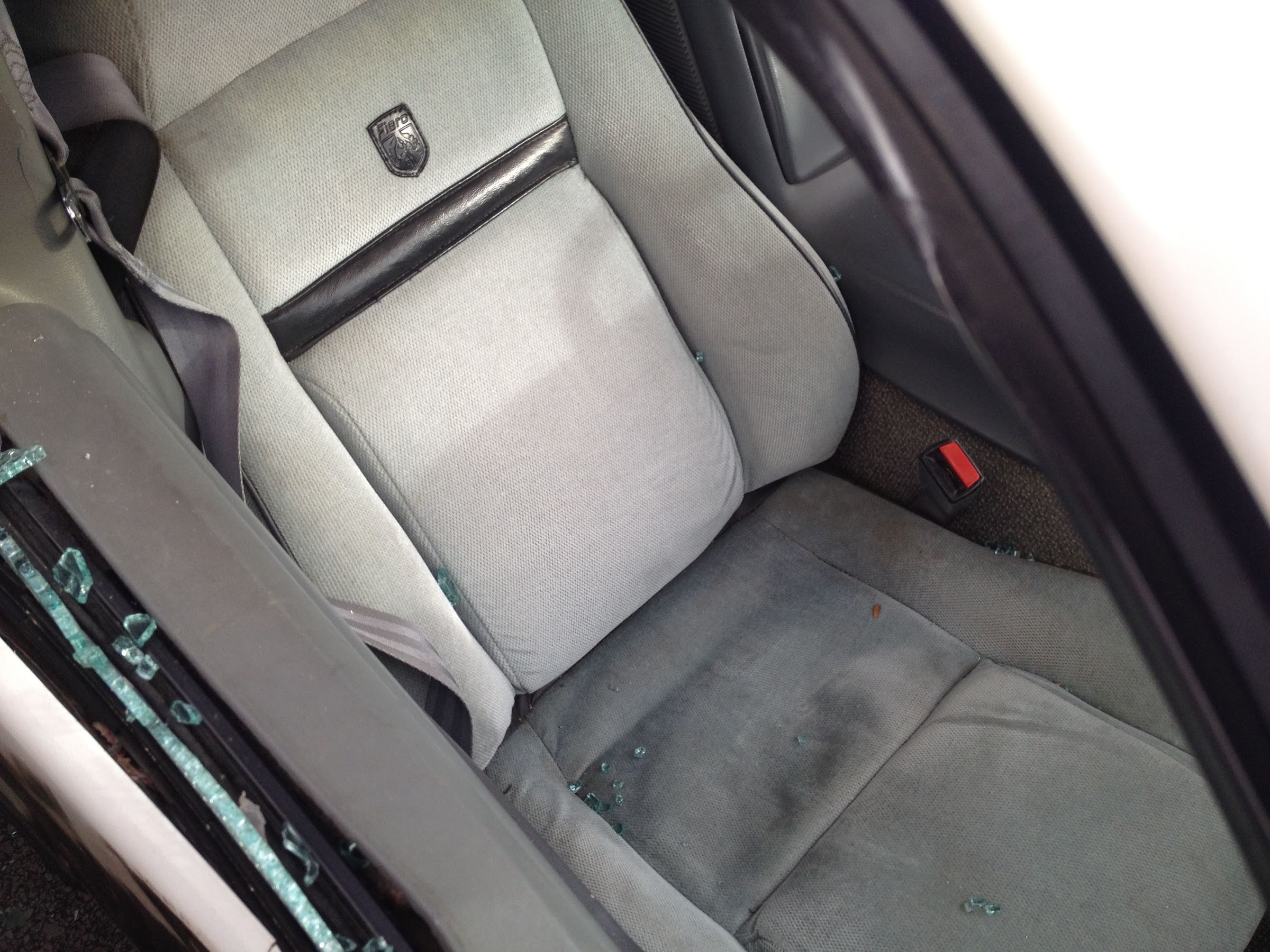 At this point I gave up on the car, why wheels were smashed, the rear hub ended up breaking in half, the chassis was tweaked enough to knock a rivet out fo the ttop roof panel and the B pillar was pushed in 4-6". It would start and run and moved around the property as needed and when the new shop was built it got tucked inside: 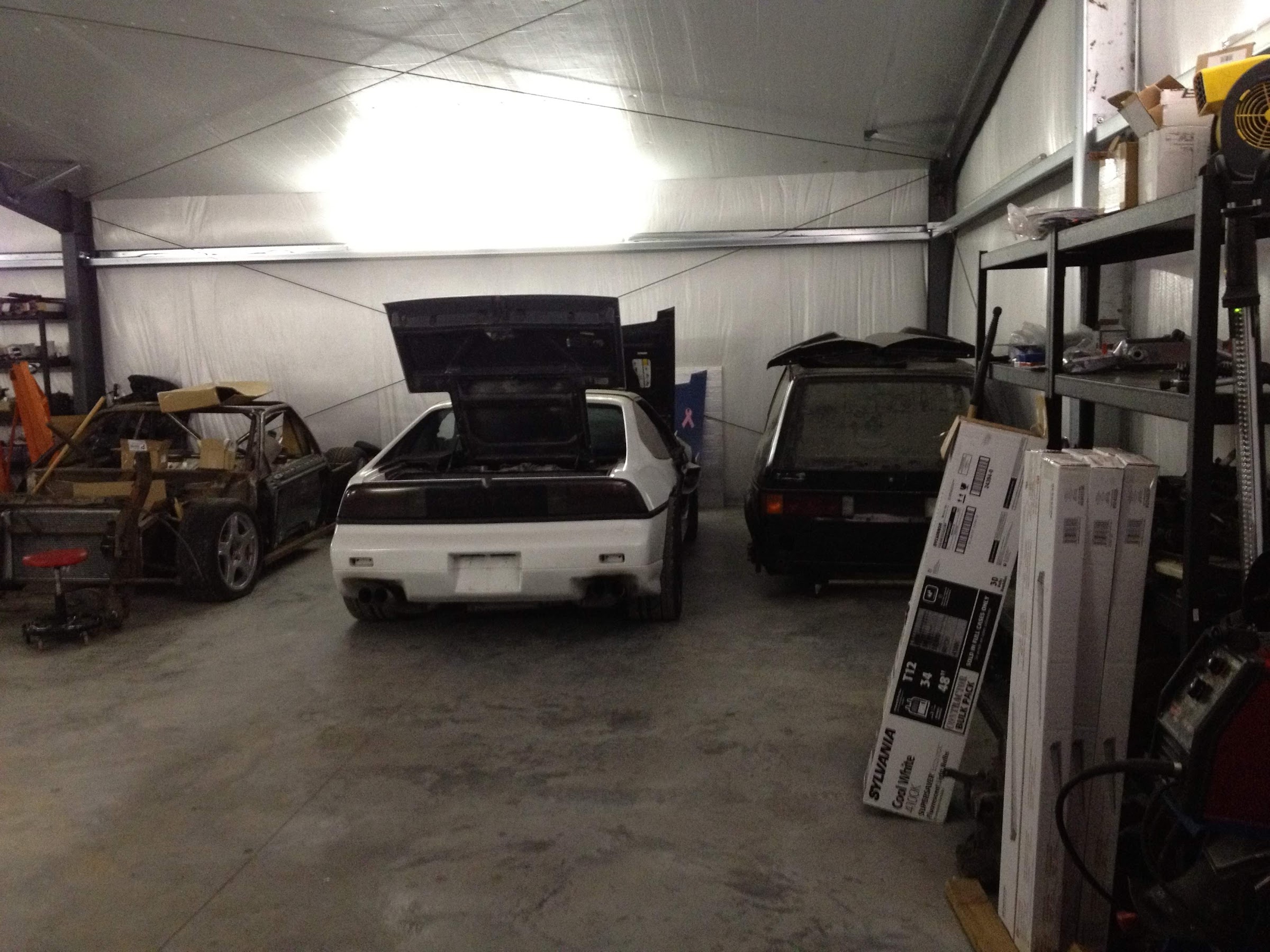 The motor was pulled, cleaned up, and installed in a local owner's Mera and lives on to this day treating him quite well: 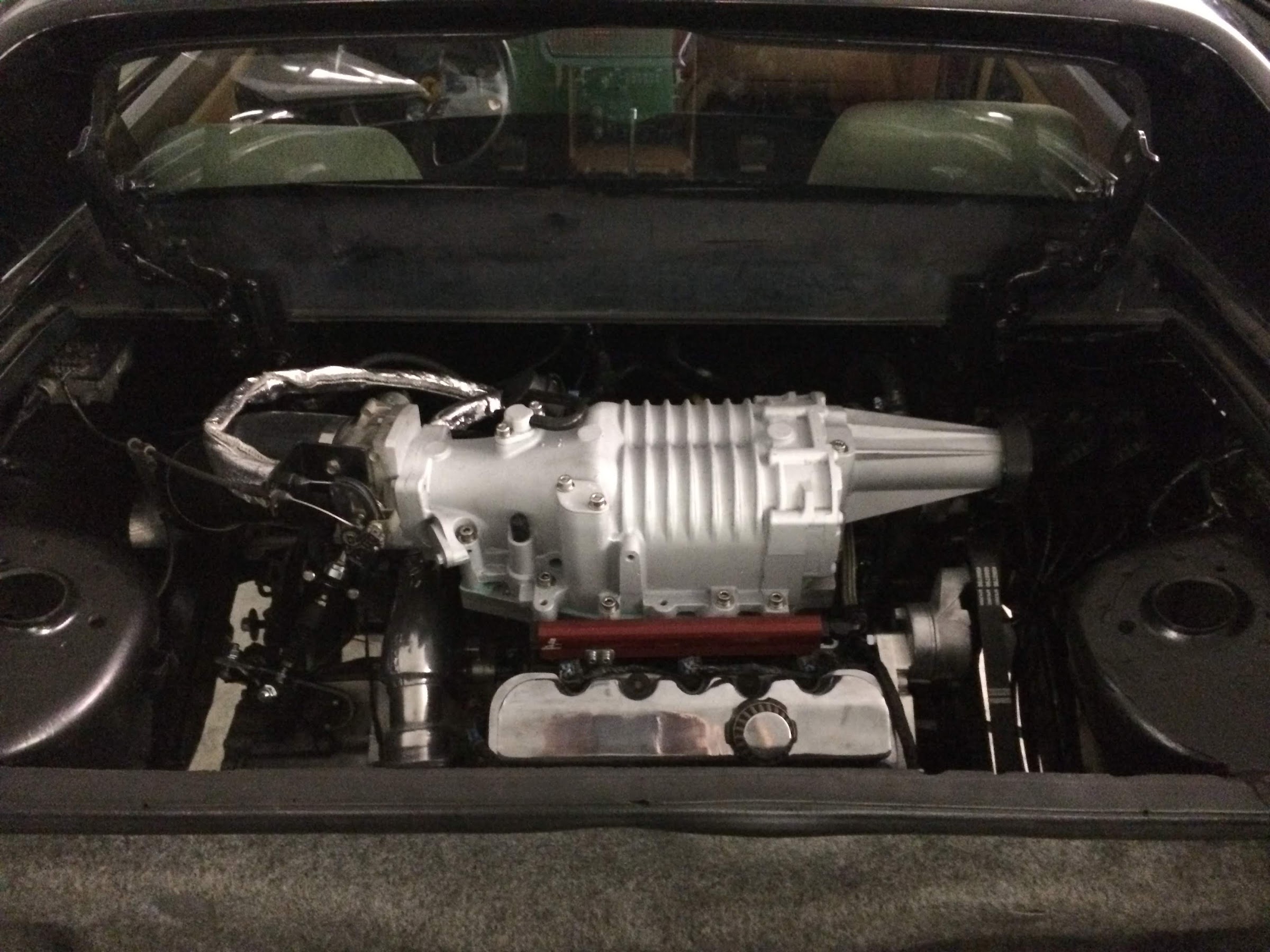 The frame at that point was stripped of all that was good and given to my fellow Fiero owner to do with what he wanted: 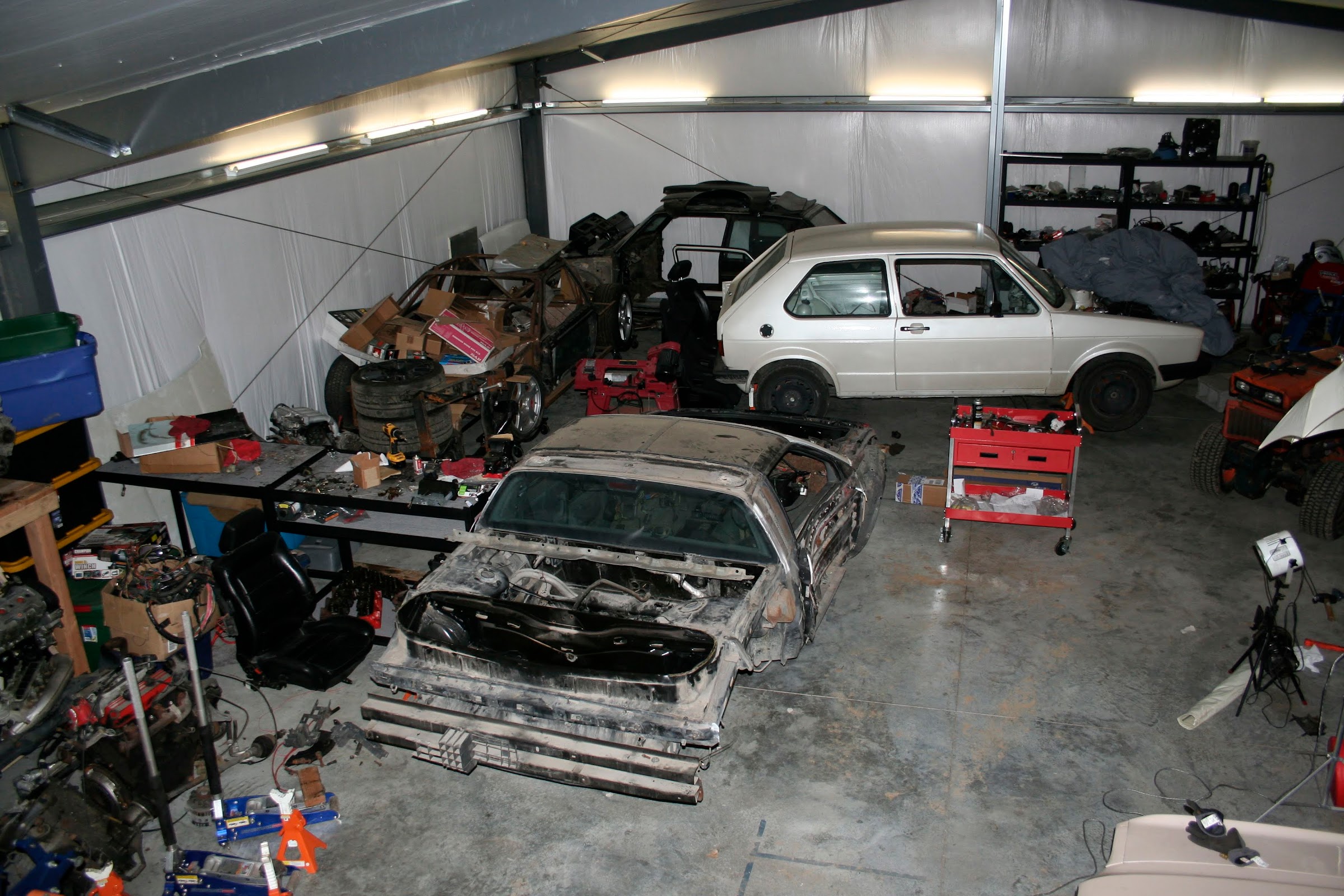 That ended the 7 years over ownership, my first car I ever bought would live on in pieces. Well at least for 4 years it did.