I originally purchased a 2005 Lotus Elise, over any other year Elise, because it was the only year offered in the states with a cable driven throttle body, which for me is much easier when trying to convert to Megasquirt for engine management. One of the perks of the Elise that I was unaware of was how they approached the shift cables using the Toyota Celica drivetrain. Unlike my Fieros that have a specific shifter designed for the car and use a standard FWD transmission but had custom brackets for the cables specific to the car. The Lotus used a custom shifter and custom cables but it kept the Celica bracketry on the transmission and therefor required cables that went under the motor to the rear of the car then up around the back onto the transmission as they were done in the Celica. This worked to my advantage, by having cables 2-3 feet longer than the cables used in the Fiero's I was able to reach from the traverse location of the factory transaxle all the way back to where the new longitudinal transaxle's shifter is located.

I managed to luck out again, sometimes things on a project like go in your favor and some don't, so I started with two shift cables and each had a 50/50 chance they would push and pull the right directions, the shift cable was golden, and by just attaching it to the shifter and making a bracket to hold the cable at the right spot I all gates lining up and working: 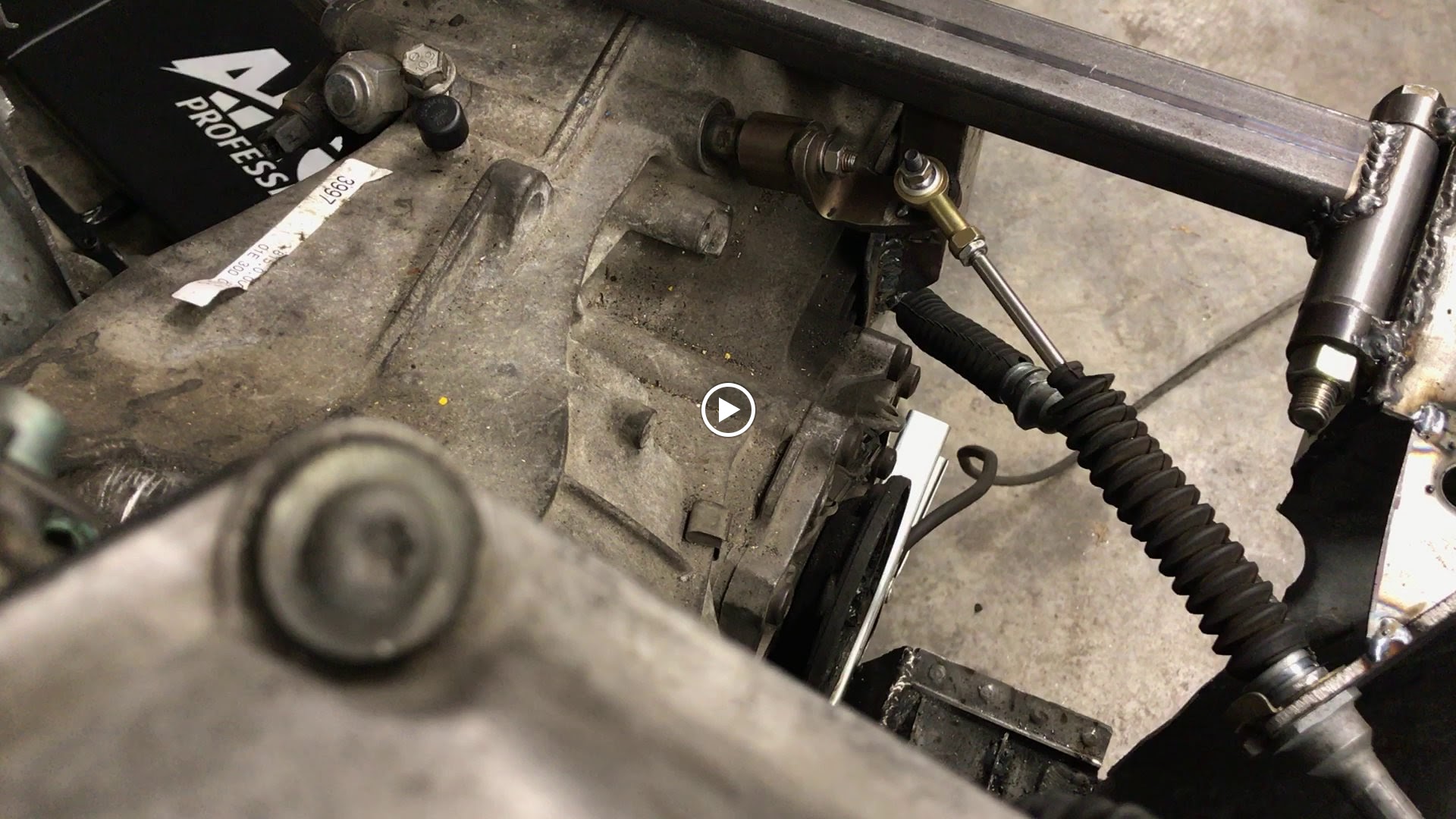 The select cables on the other hand went the wrong way, 2-4-6 was gonna be at the top and 1-3-5 at the bottom, and I remember too many horror stories of weird engine swaps with quirks like that and I didn't want anything to do with it. I got a bearing and made a bracket that mounted to the transmission to hold a bell crank that would convert my push to a pull, got to work on finding where it wouldn't bind up, and as you can see the slop in the video, get the shifts down where they are nice and tight: 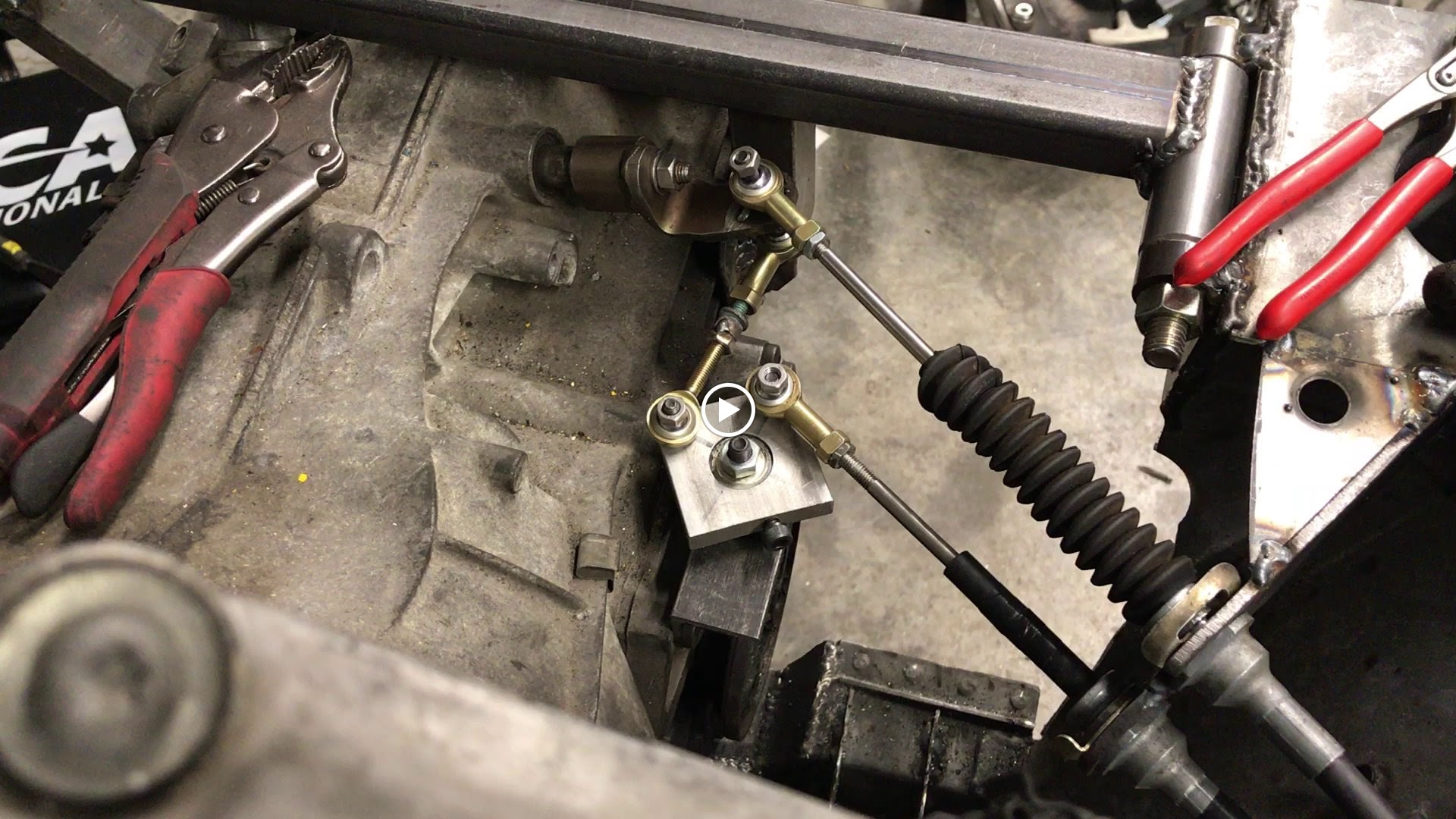 With the transmission shifting we can move onto the next big thing, fitting the turbos.