Any time you add power you have to add fuel. Pumps and Injectors are the normal steps to achieve your goal, but sometimes, like in the case of the Elise, the engineers didn't put much effort into easing the replacement of the parts when they are worn or needing upgraded and most the time you pull the pump you actually break the assembly. Couple that with the fact that the Elise uses a built in pressure regulator in the fuel sending unit we have one hose running from the tank to the fuel rail that is made of vinyl. Luckily for us less than an hour from our shop is BOE Fabrication (boefab.com) that specializes in the Lotus cars sold in America. BOE has crossed the bridge of upgrading fuel pumps in the Elise and Exige chassis by adding a Fuel Surge tank in the engine bay with its own pump inside of it and allows the factory pump to with resistance and in turn high flow into the surge tank and all the extra flows back to the fuel fill and the process starts all over again. While this is going on the the pump in the surge tank feeds pressurized fuel to the rail and the rail feeds back into the surge tank where again the excess fuel goes back to the factory tank. The surge tank can be seen here mounted to the driver side rear support tube: 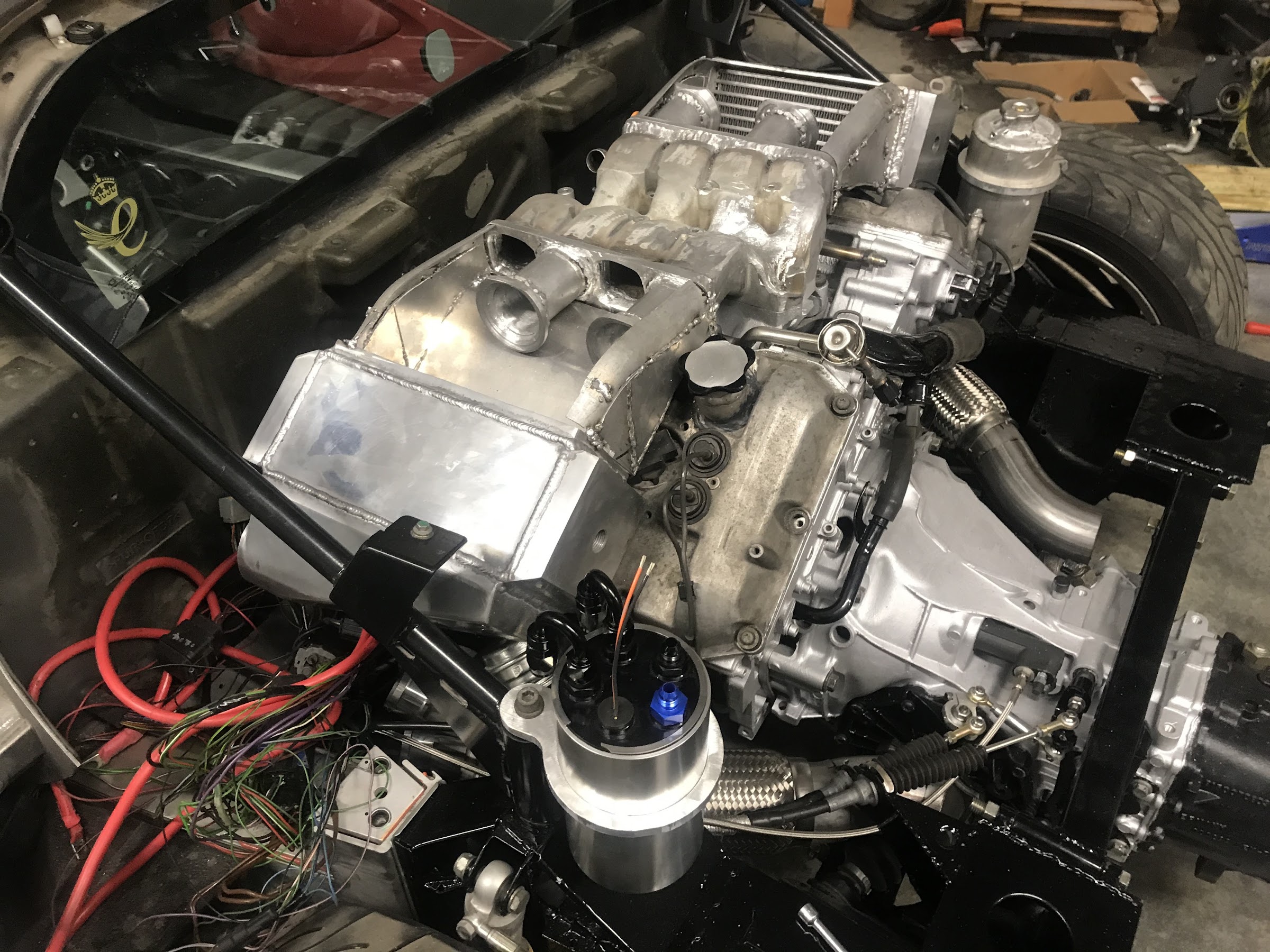 This took care of the feeding of fuel, but we needed to control how it got to the cylinder with the fuel rail, which was quickly modified to allow 6an hose to be attached directly to it and run right to the surge tank. 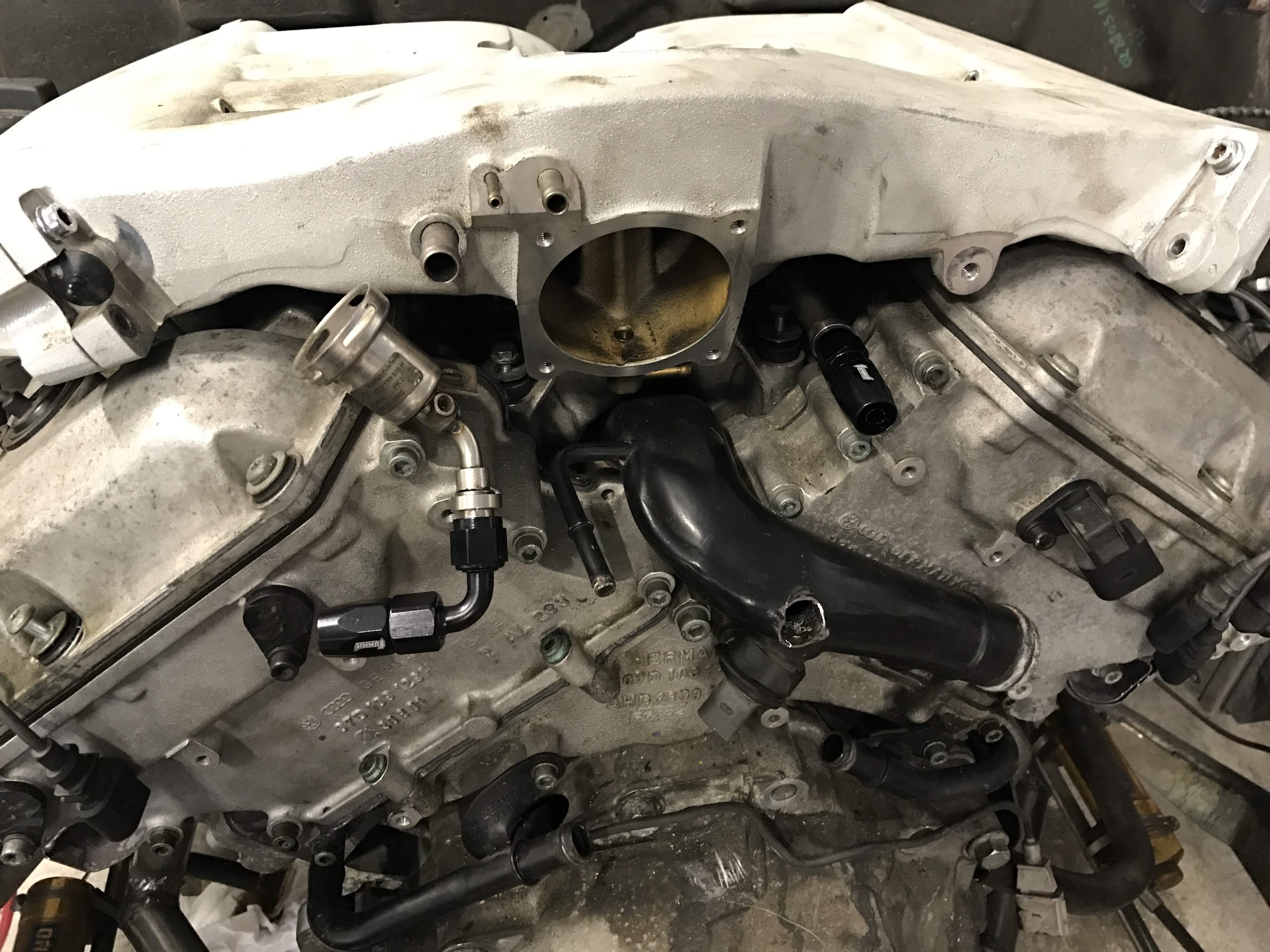 The last piece to the puzzle was the injectors. With the evolution of the narrow bank VR motors and the 4 valve per cylinder head design VW implemented an air shrouded injector design utilizing filtered air and another o ring creating a very unique injector design. Because of this upgraded items are not as common as other injectors and there for far more expensive. Coincidentally the w8 uses a bit of the VR6 casting design but doesn't even use the air shrouding. Since we are a small shop working on a budget we tried to get creative and found some very slim LSx based injectors that fit past the second o2 seat and right into the intake runner: 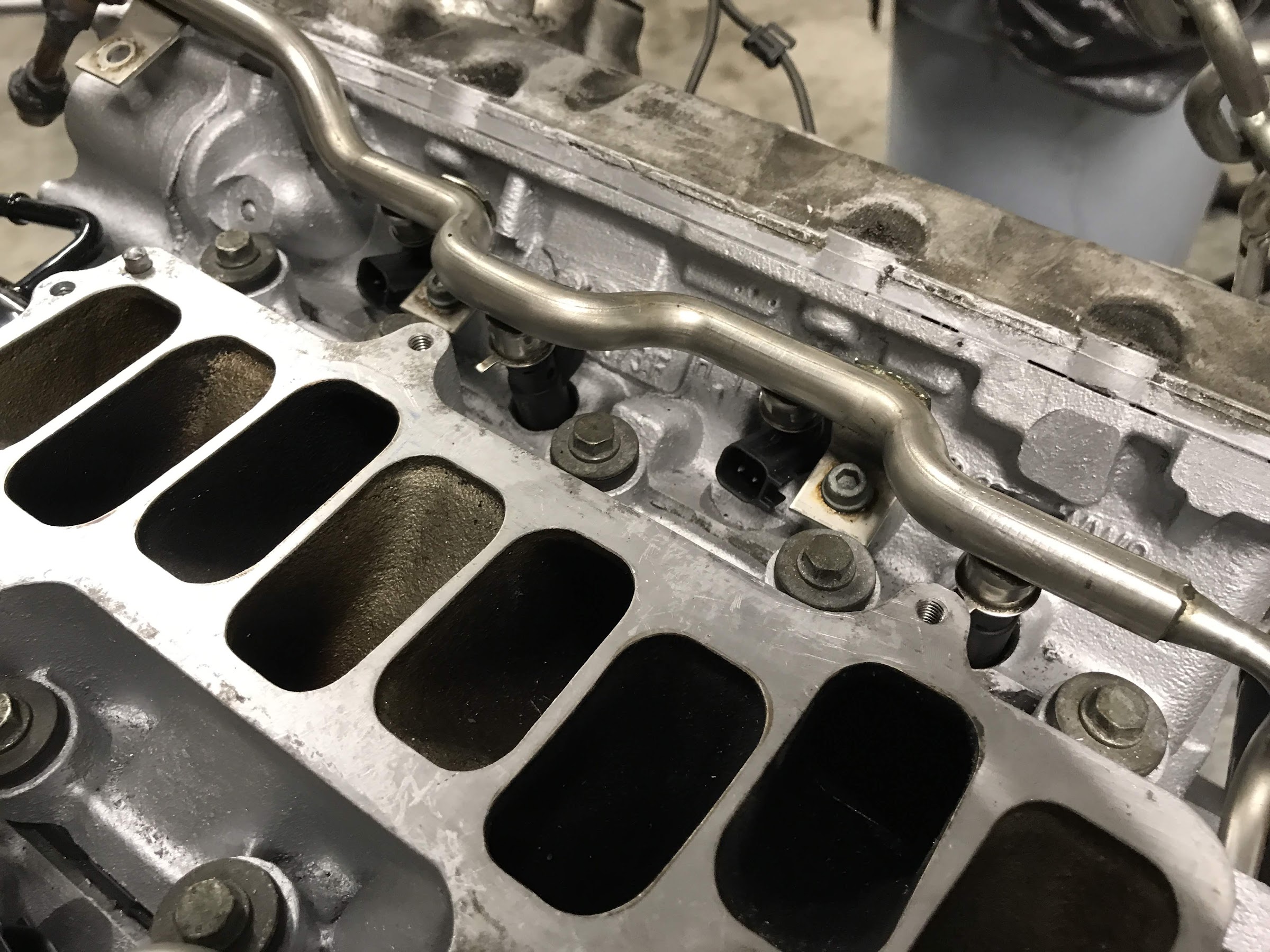 That finishes up the fuel system until its time for wiring.